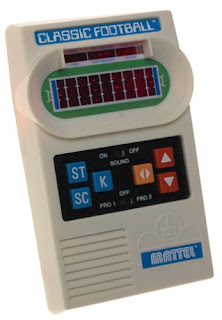 I had an actual KIM-1 but it's gone missing at my parents home. It might have even been discarded so in the mean-time until it shows up (possibly) I purchased a clone system from Briel Systems the Micro-Kim! 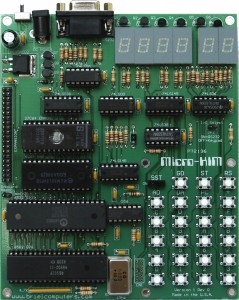 I also have the 32K expansion SRAM but I don't think I'll be needing that as I'll be fitting the entire game in the 1K of RAM that originally shipped with the system.

If things go well and I have time, I might try a few other simple KIM-1 games as well.

The game will be coded in 6502 assembly. I will use DASM for the assembler and use a tool to convert the binary to  download the code to the Micro-KIM via a USB serial port.

Posted by David Galloway at 8:37 PM No comments:

Working on my Vectrex - Audio improvements; removing the Vectrex buzz

I was trying to play my Vectrex late at night with the volume turned down and the buzz was all I could hear so I decided I would adjust the grounds and put in a shielded audio cable. I didn't want to put in a pre-amp.

I was a bit concerned about the high voltage but after watching a few YouTube videos I felt more self assured. There's even a video of guy who demonstrates passing the high voltage (low current) through himself - not recommended though.  :)  https://www.youtube.com/watch?v=Rb6vMgurAH0

For my own saftey I stood on a thick rubber mat and I grounded the anode with an insulated long handled screwdriver/alligator clip to both the Vectrex ground on the CRT and earth ground using the third prong in an outlet. Later I also added an alligator clip between the anode and ground to prevent any possible static charge building up in the tube.

Something that was a bit of a mystery and not that well documented online was how to remove the logic board easily. It turns out that it sits on a subassembly with the power transformer. The subassembly is quite easily removed with five screws; removing several interboard cables and with desoldering of both the inter-board ground wire and the four power wires connected to the on/off volume dial. It seemed MUCH more straightforward to remove the four wires than to desolder the on/off volume switch from the logic board like I've seen in many other examples.  If you do intend to clean or replace that pot, you can more easily desolder it once the board is out. I marked the wires and switch with a marker for reassembly.

.
My plan was not to remove the power/CRT board so I left it in place as you can see with the unit on my messy work table. I will solder the audio to the back side of this board.
The logic board was very dusty and I gave it a good cleaning with a soft brush and marveled at how few chips are on this board. It pretty much gets by with a CPU, a PIA, an audio chip, some static RAM, a DAC, a ROM and a few logic and op amp chips.


Done and it's less noisy but not quiet enough. I also cleaned the volume potentiometer and it's much better now, no more crackling and dead spots! I actually took apart the on/off swich potentiometer. It was about as challenging as tanglement puzzle and required some clever thinking and dexterity to reassemble. I don't recommend taking it apart unless you like that sort of thing.

The inside of the Vectrex got a good cleaning as well. I would like to go for almost zero noise at a later date and maybe try experimenting with ferrite beads and possibly try out the pre-amp idea.

Posted by David Galloway at 6:42 PM No comments:


Wouldn't this be a weird problem to have to deal with!
Posted by David Galloway at 11:53 PM No comments:

iDog of the Seventies

Have you seen those iDogs? Little electronic white plastic dogs that light up when attached to your iPod etc.

They are kinda cool.

Here's the iDog of the Seventies.

http://www.jackbergsales.com/electronics/windsor2104.htm
Posted by David Galloway at 11:16 PM No comments:

A country hip hop band called B Star is covering Cypress Hill with How I Could Just Kill A Man.

It's been awhile. I've since noticed that the Dancing Monkeys idea has been turned into a PS2 Game. Cool!

It's called Dance Factory and I'll be getting it when it releases...

http://www.codemasters.com/games/?gameid=1833
Posted by David Galloway at 1:17 PM No comments:

Got up early, for me. Looked at Dancing Monkeys Stepmania step generator.

http://www.monket.net/wiki/dancing-monkeys
Posted by David Galloway at 7:45 AM No comments: